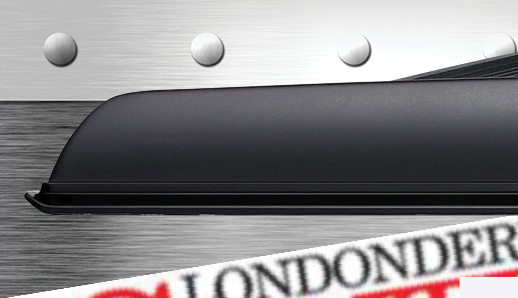 1. Favourite Places; Sant' Antimo Abbey, Tuscany Italy. Marina-Del- Rey California. Seville's Alfonso Hotel and Malaga. The town square in Uppsala, especially when it's snowing.
2. Favourite Drinks; Brunello Red, Jack Daniels and Tetley Tea.
3. Favourite Movies; Broadway Danny Rose, A Man For All Seasons, Breaker Morant and Enter The Dragon. Usually anything with my favourite actors in.
4. Favourite Books; Of Human Bondage and The Bridge of San Luis-Rey.
5. Favourite Poems; Can't pick one. But hey come on. Anything by Seamus Heaney. I'm just melting into Human Chain at the moment. The Flowers of Evil by Charles Baudelaire-my goodness, amazing. I love Rudyard Kipling's 'My Boy Jack." Very sad.
6. Favourite Soccer Team; Derry City FC and can I say Tottenham? Oh, I've said it. "Come on ye Spurs."
7. Favourite Band; Rush.
8. Favourite Musician; King Lerxst.
9. Favourite Rush Song; So many but at the moment the song all Rush fans were waiting on-'The Garden' from Clockwork Angels. When first heard it a tear fell-sorry. I'll get back to you about my favourite Rush song. Blodigit Helvete. Who makes these questions up?
10. Any other music? - Loads. King Crimson, Pat Metheny, Porcupine Tree, Opeth, Lamb of God, Metallica, Killing Joke, Led Zeppelin. And of course, The Undertones. Look. I could go on forever. Even trespass into Beethoven's 7th, 2nd Movement. Do you want me to? A young colleague has me smitten with Snow Patrol. I tried to get him into Rush but I'm the winner as he got me into his music. Those Snow Patrol guys are cool. Jesus. I forgot about Tool.
11. Anything you would wish for? - I need a drink. I'm getting bored. I used to dream I'd see Rush playing the whole of Moving Pictures in Ireland. Then it happened on the 12th May 2011 in Dublin. I stayed up all night and began a major murder case the next morning in Derry. Those two events changed my life. No. I wish for nothing and I won't hope this side of the grave. Just do it. Go for it. Follow your instincts.
12. Favourite actor; Kenneth Brannagh.
13. Favourite actress; Caroline Proust. She's hot.
14. Favourite Detective; Colombo. I know his first name. Do you?
15. Favourite fear; How can you have a favourite fear? Rats. I suffer from murophobia. I was in a case one time this guy put a rat inside a dead man's stomach and sowed him up-badly. The rat was just eating its way out when I came on the body. I still have nightmares about it.
16. Favourite food; Pasta Arabiatta, Vegetable paella, fish finger sandwiches. My mother always made them. Lovely.
17. Favourite hate; Can I go now? You're doing it again with this favourite thing. Anyway, I hate officialdom, procedure, smart arses and questionaires. I never fill them out at work. Now I'm in trouble-again.
18. AOB? Yes. I get it. Groups and committees. Anyone who says "Point of order." That's all you're getting out of me. I've said too much already and the Chief Superintendent is looking for me. My mobile is ringing.
19. What's that ring tone? It's the start of YYZ by Rush. The bell sound at the intro.
20. Wait we have a few more questions; You had your chance and you blew it. Bye.